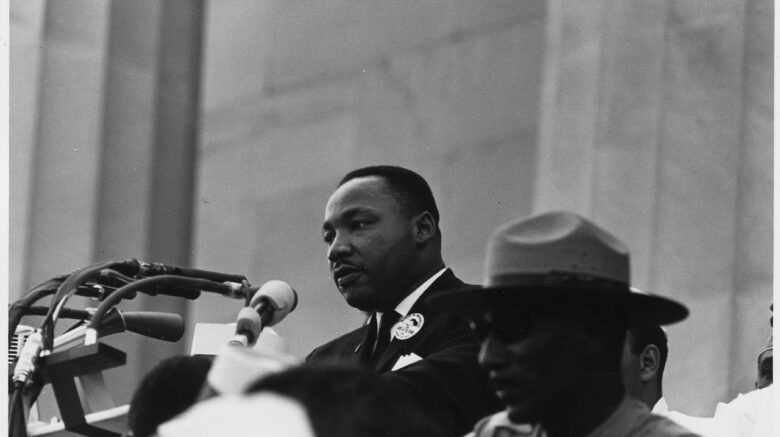 While schools will be out and many businesses will be closed on Martin Luther King Jr. Day, Lancaster Lebanon Habitat for Humanity will be open. We will be open for two reasons: One, Habitat for Humanity was created from the social change that happened around and as a result of the Civil Rights Movement of the 1960s and 1970s. Two, we can think of no better way to honor the memory of Dr. King than to go to work and put our love into action.

While we all know Martin Luther King Jr.’s role as a leader of the Civil Rights Movement, and that he advocated for putting into practice an important value statement of America’s Declaration of Independence “…that all men are created equal…,” he also worked tirelessly to reshape housing. One of the essential elements of his campaign was his belief that everyone should be allowed to live where they wanted to reside. He argued against the segregation of neighborhoods by unfair practices. Back then, home sellers and landlords were permitted to turn down buyers and renters on the basis of their race, religion and national origin.

In fact, only four days after he was assassinated, the U.S. Congress, to honor Dr. King’s work and create another lasting legacy, advanced legislation to allow anyone the freedom to live wherever they choose. The landmark Fair Housing Act of 1968 prohibited people from discriminating on the basis of race, religion and national origin. (Since then, the law’s coverage was expanded in 1974 to include gender, and was broadened again in 1988 to protect people with disabilities and families with children.)

At the same time Martin Luther King Jr. was a leader in the Civil Rights Movement, those men and women that would establish Habitat for Humanity were also working to create equity and tolerance in different ways. Clarence Jordan established a biracial, intentional community in Americus, Georgia called Koinonia Farm, in an attempt to be a model community despite great racial tension. (In fact, the farm still exists today.)

Jordan and the farm’s other residents often faced hostility from Koinonia’s neighbors. Jordan and King corresponded briefly in the 1950s. Dr. King wrote Jordan: “I hope that you will gain some consolation from the fact that in your struggle for freedom and a true Christian community you have cosmic companionship. God grant that this tragic midnight of man’s inhumanity to man will soon pass and the bright daybreak of freedom and brotherhood will come into being.”

Millard Fuller, who would become the founder of Habitat for Humanity, was passing through the area with his wife Linda and stopped at Koinonia to visit a friend. Millard Fuller had left his law practice and was looking for ways to be philanthropic with his time and money. The Fullers spoke with Jordan about Koinonia and many other matters, which led to their several-month stay at the farm and a long-term relationship with Jordan.

In October 1968, Millard Fuller wrote a letter to Jordan laying out the framework for a “Fund for Humanity.” Fuller’s idea would help to bring people of all different backgrounds together to work on projects and lift families from the cycle of poverty. It would become Habitat for Humanity, which brings volunteers from different neighborhood to work side-by-side with people created just like them, and reinforce our human dignity, God given equality, and support equity.

Whether you will be at your desk, at home, or spending your day elsewhere, please enjoy the holiday. We will enjoy it too. It’s why we go to work at Habitat throughout the year.