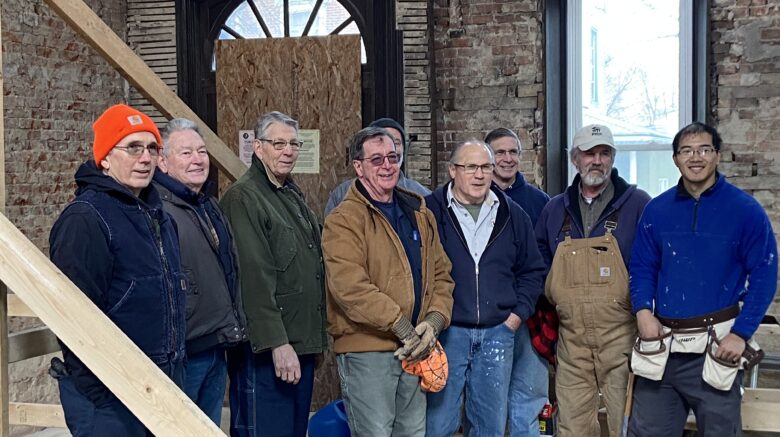 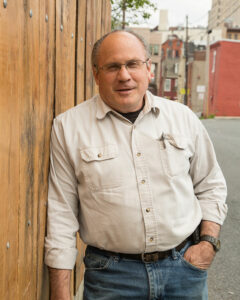 After 14 years at the helm of Habitat’s  construction program, Jim Eberly is retiring. As director of construction, Jim not only led the building of 47 new and renovated homes in Lancaster and Lebanon Counties, but he also served as a steadfast teacher who empowered volunteers and homeowners alike with the knowledge of his trade.

Jim started building homes in 1971, when he lived in Arizona. He recalls the frustration he felt in the early days of his career when he would seek advice from others in his field and–for reasons he assumed were related to competition– no one was willing to share their secrets. “I swore then that I would teach everyone I know all that I had learned,” he said.

And Jim kept that promise. Called by his strong faith in Jesus Christ to serve others, he joined Habitat and began teaching. Whether it’s a volunteer showing up for their first day of construction work or a future homebuyer trying to decipher building plans for their one-day home, Jim has found joy in helping people learn and grow.

“I just really enjoy including people who’ve never been involved in something like construction, and to help them succeed,” he said. “Especially the future homeowners. Seeing their trepidation when they first come on the site, and by the end of the process, the difference in their hope and knowledge and joy.”

And, Jim doesn’t forget the smallest of builders… the children who are watching their parents work so hard to build a better life through homeownership. “So often the children are coming from impossible situations, and all of the sudden their lives change with a home. They’re so proud of their parents.”

He is quick to say that what he’ll miss most is working with the volunteers, as well as the comradery that comes with it. Those who’ve built alongside Jim know that he begins each work day with a team meeting and prayer, takes a seat next to his team during lunch break (and always with a bag from McDonald’s), and shares his gratitude at the end of the day.

Jim doesn’t know what retirement will bring. He does know that he intends to spend more time with his wife, Nancy, who he describes as being incredibly patient with the amount of time he always puts into this–and any–job. There’s also a bathroom remodel that has been waiting for him. Again, a nod to Nancy’s patience.

We are grateful for the talent, hard work and generosity Jim has brought to his position, and to our team’s collective efforts, over these 14 years. We hope he finds joy in his well-deserved retirement and will miss him much.

While we say good-bye to Jim, we are looking to say hello to this next director of construction. Please click here for the link to the job description.