After a detailed and thoughtful exploration of construction viability, Lancaster Lebanon Habitat for Humanity has decided against building homes on the Juniata Street property located in Lancaster’s southeast neighborhood.

While our community’s need for affordable homes is great, the increasing costs associated with the proposed build and the neighborhood’s shared concerns about the land development led us to conclude that home building on this property is not feasible. In lieu of this project, our team will work to expand our impact in other areas of Lancaster and Lebanon Counties through developing new and existing properties.

The History of the Former Plan 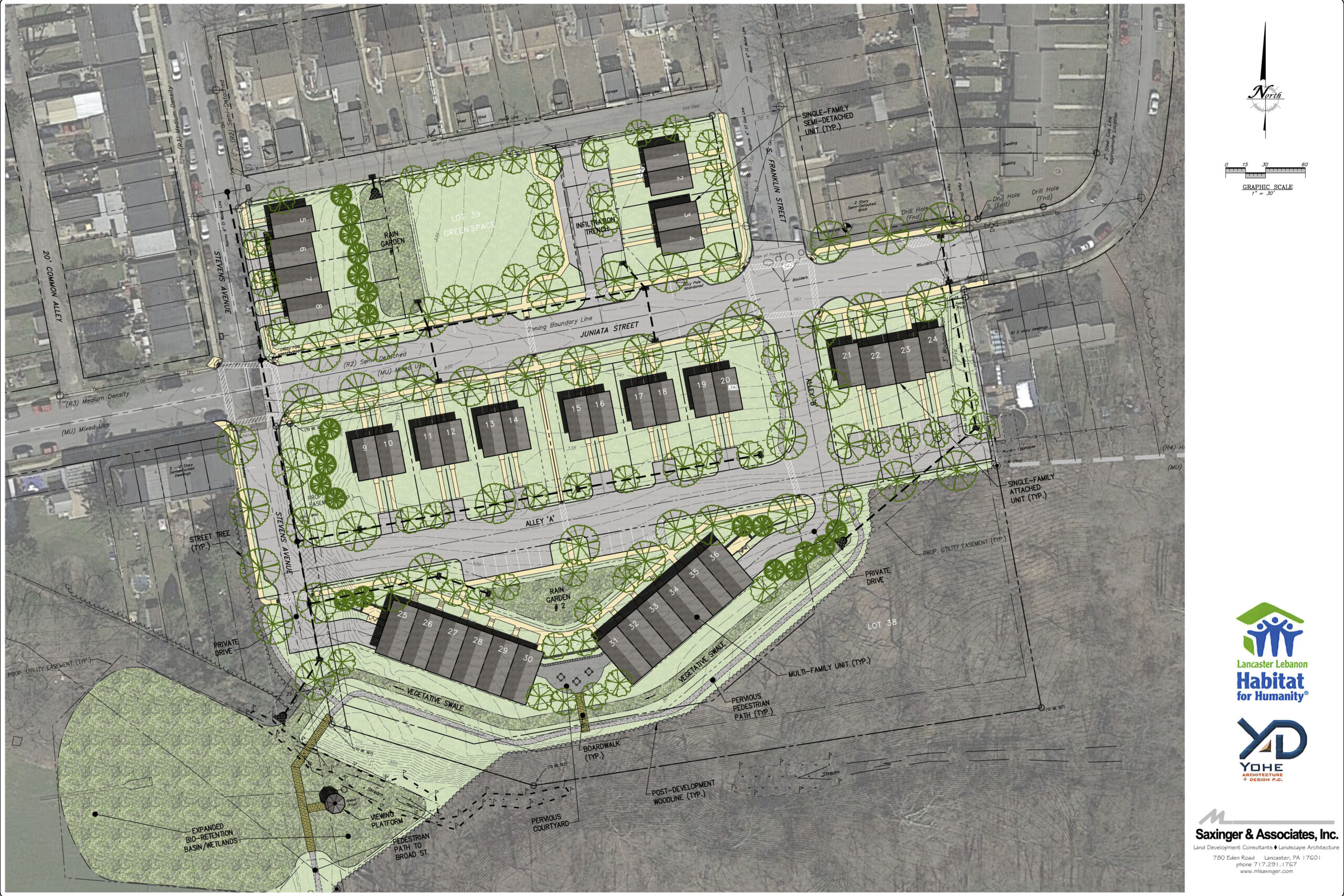 Lancaster Lebanon Habitat had developed a land-use plan for Juniata, proposing to the City of Lancaster 36 new owner-occupied homes. This design was first shared with neighborhood residents on June 10, 2020. The plan incorporated comments and feedback from Visioning Sessions held in July 2019 and July 2020, where various community stakeholders expressed a desire to emphasize open/green/recreational space, off-street parking, and have homes that will be owner occupied for years to come.

We learned during the Visioning Sessions that while zoning for the build-site allows commercial uses, such as banks, markets, and daycares, those amenities were not desirable. Above all, we heard that the residents love their neighborhood and, if new homes were built, they should blend in and be of the same quality. This feedback influenced our re-design: supporting homes of the same quality, creating enough parking for new residents and several more spaces to share, maintaining open/green/recreational space with potential to be a city park, and adding more pedestrian access to connect to the neighboring school campuses.

We made the decision in late winter of 2021 to not proceed with the project due to the increasing costs of building and the neighborhood’s varied concerns regarding land development.

Learn more about what we are doing for the community and how you can get involved.